Comlabs is a trusted provider of design and engineering services, managed network solutions, and equipment for public and private sector communications, alert and warning, and emergency response. The company’s strong commitment to product development, quality workmanship, and technical support has solidified its status as a respected market leader for the past 35 years. 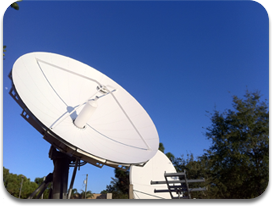 Incorporated in 1985, Comlabs began as a small telecommunications company in Owl’s Head, Maine. The business first gained prominence in 1990 when it was awarded the contract to update and deploy the United States National Warning System (NAWAS), which the company still supports today.

In the late 1990’s, Comlabs began development of the Emergency Management Network (EMnet) to satisfy an increasing demand for satellite-based warning systems and survivable communications. EMnet was first deployed in the state of Florida, and the network has continued to grow steadily since then. With more than 2,500 sites throughout the US and Canada, EMnet is now the largest satellite communication and CAP-based warning system in North America. Thousands of Federal, State, and Local agencies use the network to exchange routine and emergency information each day.

In 2003, Comlabs moved its Headquarters to Florida’s Space Coast to continue development and expansion of the company’s engineering services and satellite communications sectors. The company now provides satellite internet, voice, and communication services for more than 250 local, state, and federal agencies, and it has completed hundreds of small and large scale communications design and installation projects.